Will Aeropostale, Abercrombie And Fitch And American Eagle Be Around In Five Years?

Will Aeropostale, Abercrombie And Fitch And American Eagle Be Around In Five Years? 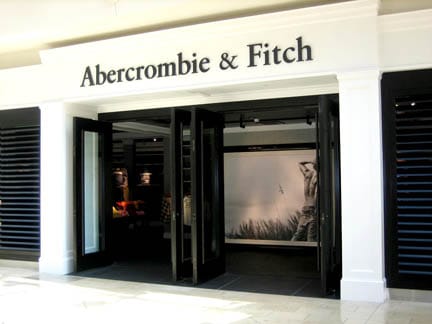 Although Julian Geiger, who ran Aeropostale during its heyday, has returned as chief executive officer, all the CEO changes in the world likely won’t do much to reverse the retailer’s sagging sales and profit losses.

It’s no secret that the youth-serving trio Aeropostale, Abercrombie & Fitch and American Eagle has struggled in recent years. But perhaps the teen retail concept has moved beyond troubled and is now staring down obsolescence.

It wouldn’t be the first time changing tastes and new formats put longtime retail concepts out to pasture.

Catalog showrooms Best and Service Merchandise fell out of favor in the 1990s, and have disappeared entirely. “Big box stores like Circuit City and Best Buy BBY +6.34% killed them on breadth of assortment and the discounters like Walmart and Target TGT +0.15%killed them on price. Game over,” Mark Cohen, professor of marketing in the retailing studies department of Columbia University’s business school, and former CEO of Bradlees and Sears Canada, told Forbes.

In the case of teen chains Aeropostale (which did not return phone calls for comment by press time), Abercrombie & Fitch and American Eagle, fast-fashion retailers have been gobbling up much of their market share. Merchants like H&M and Forever 21 still feel fresh, churning out up-to-the-minute, runway looks at bargain-basement prices, and they’re only getting faster and better at their runway-to-rack game.

Of course when the three teen chains blossomed, there weren’t the plethora of fashion choices available online.

Today’s youth are digital natives who can cut and paste one-of-a-kind looks gleaned from infinite shopping sites, including niche players like vintage inspired e-tailer ModCloth, which gives shoppers a hand in the product development process, to Etsy, a platform for a million independent designers and artists. So it’s easy to build a wardrobe of distinct looks on the cheap these days.

Idiosyncratic fashion is antithetical to Aeropostale, Abercrombie & Fitch and American Eagle’s selling proposition. It’s precisely a uniformity of look that put these chains on the map, evidenced by bold logos, for one, that sent a signal to peers decked out in these duds that they were part of a particular fashion in-club.

But today’s Millennials are a different breed than the teens of just a decade ago. Cookie-cutter looks no longer hold the same appeal. “We’re in this cultural moment where uniqueness is not only desired, but it’s possible,” Chad Dickerson, CEO of Etsy, told me last month.

“In the old days of big box retailing, it was cool to have what everybody else had,” he said.  Now, consumers “want to have something that nobody else has.”